The chicks have moved up in the world

[There's a new video at the end. Why Blogger won't just let me drag it to the top, I don't know. But scroll down to see them flapping around.]

They traded in their efficiency (why, yes, that is a Simon & Schuster box)... 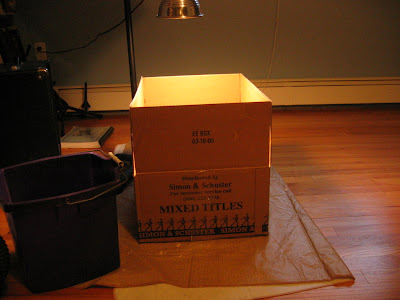 ... for a luxury suite - made from a converted warehouse, no less. (It used to hold a motley collection of sports equipment.) 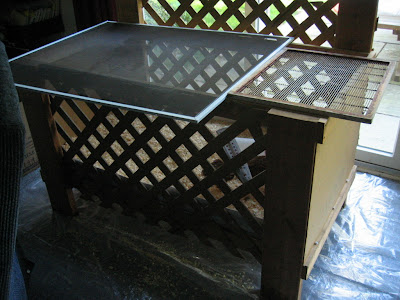 They've got much nicer views... 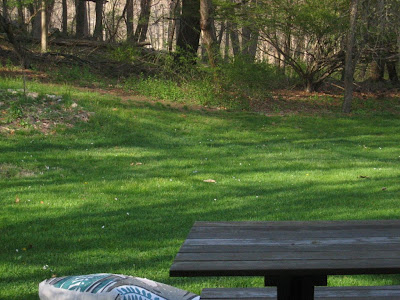 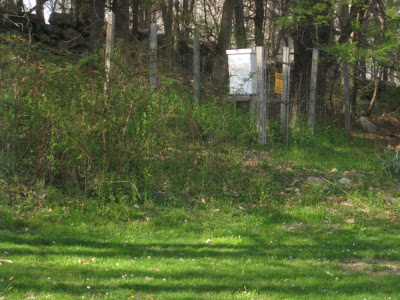 Email ThisBlogThis!Share to TwitterShare to FacebookShare to Pinterest
Labels: chicks

Okay, there are a lot of reasons why I haven't stopped talking about The Hive over the past few days. It's a great overview of how bees show up in human culture, and you don't need more than a passing interest in apiculture to find it intriguing that people have been able to draw just about any metaphor for sexual politics from the beehive, right? Or why people stopped drinking mead a long time ago?

But beyond all the great cultural trivia in The Hive, I love that it connects to so many other

books I'm familiar with - two of them in particular.

Bee Wilson - and yes, she notes the irony of her name and choice of topic - spends some time on the amazing work done by Francois Huber and Francois Burnens. Huber was blind and Burnens was a peasant who lucked into some education, but between the two of them they turned out some pretty impressive observations on things like the queen's nuptial flight. And they were the subject of Sara George's The Beekeeper's Pupil, which I picked up back in college.

And if I hadn't already been half in love with The Hive, this bit from the last chapter would have done it:

Like everything else about Holmes's life, his elderly vocation as beekeeper has attracted keen debate... Where in the Sussex Downs did Holmes base his apiary? When was he there? Could he have joined forces with a young female apprentice to fight crime in the area?

Is that a namecheck of Mary Russell? Very nearly. Am I looking forward to reading The Language of Bees a second time before its official release date (and then seeing the author in Westport next weekend)? Oh, yes.

Posted by Sarah Rettger at 7:41 PM No comments:

The three hot chicks (actually, their cage temperature is down to 75 this week) haven't been properly introduced yet. They'd like to say hello. 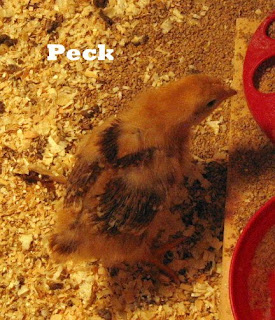 Peck came by her name honestly - given the chance, she'll peck at you. But she's gentle about it. She's also the tallest, and likes to show off. (And she was the one who almost jumped out of the box while I was taking these pictures!) 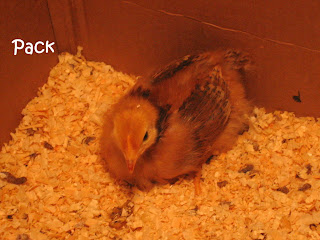 We got the chicks the day the Pack statue was recovered, so I decided one of the girls should share that name. 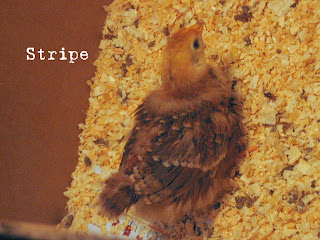 And Stripe was the first to start growing real feathers - just like with human girls, some chicks develop a little faster than others.

And because it's been *ages* since I posted any new videos, I'll give the ladies a chance to stretch their wings for you - literally.

Yeah, I know I'm late to the party, but Fire now has a fabulous cover:

Have I mentioned lately how much I liked it?
Posted by Sarah Rettger at 8:22 PM No comments:

Email ThisBlogThis!Share to TwitterShare to FacebookShare to Pinterest
Labels: chicks

They're not very talkative yet, but give them a while - they just went through a major move.
For the next two months, these three chicks are my foster sisters, courtesy of The Hickories. Expect them to have a starring role here.
Posted by Sarah Rettger at 9:41 PM 3 comments: