More about that picture

I should have read more closely when I linked to Slate's slideshow on Stanley Forman's photo taken during one of the Boston busing confrontations. The slideshow was put together by Louis Masur, and if I'd made it all the way to the author bio (Slate, one of these days we're going to have a talk about your layout) I'd have seen that Masur has just written a book on the image.

Louis Bayard reviews The Soiling of Old Glory for Salon. The rest of Forman's roll of film apparently tells a more nuanced story.
Posted by Sarah Rettger at 8:18 PM No comments:

It's time to clean out the reader again

A few of the many brilliant/thought-provoking/amusing/time-suck posts that accumulated since the last time I got caught up.

Literanista on why Down These Mean Streets is "ethnic" lit while Angela's Ashes isn't.

Things I'll never tell my kids: "We only color the people in our pictures peach." (via Kane/Miller)

Amazing editor of the week: Nancy Mercado of Roaring Brook.

The etymology of all sorts of words related to the way women walk.
Posted by Sarah Rettger at 7:56 PM No comments:

Since I didn't come close to having anything ready for a Non-Fiction Monday post this week (still trying not to add up the total time spent in my car this weekend), I was delighted to see Kelly of Big A little a put a twist to her post:

1. Choose any one of YOUR OWN manuscripts. It can be a picture book, MG novel, an adult novel... It makes no difference.
2. Turn to page 30 of your novel or page 3 if it is a PB
3. Find the 5th sentence.
4. Post the next 5 sentences of text.
5. Then tag 5 writer friends to do the same.
6. See if you can visit Your Tagged Friends and the Person who Tagged You to read their short excepts.

So here's the fifth sentence on page 30 of the WIP (the current page 30, at least - playing with fonts is always a good way to procrastinate:


Maude laid her head on my shoulder.

And the following five:

"Want John to play with me."

Not Maude too. I swallowed my groan. Who thought it would be a good idea to send Maude my way because she was pining away? Did my entire family blame me for the fact that John had to go back and tend to his future?
Posted by Sarah Rettger at 6:04 PM 4 comments:

Back to the blog after a bit of housesitting and a quick trip to Baltimore. A few things of note:

This is why I love Christina. When I bring home eight pounds of fruit, 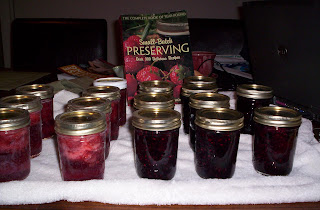 it sits in the refrigerator until I finally remember to throw it out. She turns it into a corresponding amount of preserves.

I didn't actually know much about Archimedes when I decided to 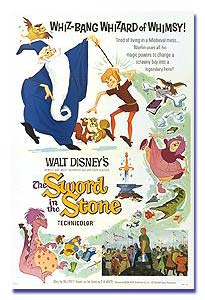 name my blog for him. (The Dannie Abse poem quoted in the sidebar was on the first page of the Oxford quotations book I devoured in high school, so it stuck with me. Also, the name Archimedes has always made me think of The Sword in the Stone, Disney version.) But a post on SciGuy directed me to the website for the Archimedes Palimpsest, which is intriguing despite the fact that it probably contains more math than I've thought about since my last astronomy class.

Courtesy of the latest Publisher's Weekly, there's one more book on my TBR list. Rome 1960: The Olympics that Changed the World is coming out this summer. (And until I Googled him tonight, I'd forgotten that in addition to being known as a sportswriter, David Maraniss was part of the team that won the Washington Post this year's Pulitzer for breaking news.)

I've had a special affection for the 1960 Olympics since the first time I read Alex in Rome. It's an amazing book, and I'm looking forward to comparing the two.

Finally, I want to say - and I'm not just sucking up to my boss here - that there will be a fabulous lineup of authors signing books in the ABA Lounge at BEA next month: Autumn Cornwell, Jane Yolen, Steve Kluger, Cynthia Kadohata, Marisa de los Santos (if she shows up with the gorgeous orange bag she brought to Brooklyn last month, I'm so asking her about it), Barry Lyga, David Shannon, and other wonderful writers.

The signings are for ABA members only, but anyone who's going to BEA is welcome to visit me - I'll be spending most of my time at the lounge welcome desk.
Posted by Sarah Rettger at 7:46 PM 1 comment: Slate has a photo-essay around one of Stanley Forman's images from the Boston school integration battles. There's a bit of backstory - how many people win a Pulitzer because they showed up late? - context, and comparison to other famous images.

(I love Google. I've just learned that Forman's third Pulitzer, shared with other staff photographers, was awarded for coverage of the blizzard of 1978. Sounds like the perfect complement to a review of My Latest Grievance.)
Posted by Sarah Rettger at 9:12 PM No comments:

The latest Edge of the Forest is up, complete with enough YA recommendations to keep me busy for a week. (And some of them I've never heard of, which is saying something!)
Posted by Sarah Rettger at 7:35 PM No comments:

Amelia Peabody's Egypt: A Compendium, by Elizabeth Peters (and various others)

I know I'm not alone in enjoying the adventures of the Peabody-Emerson family. In this companion book, Elizabeth Peters shares some of the factual basis for her mysteries (all set in its appropriate fictional context, of course).

What stuck with me: Peters has a doctorate in Egyptology, so I shouldn't be surprised that the woman knows how to research. Still, it's amazing to look at this from the perspective of an (aspiring) historical novelist - the writer's knowledge base (there's my software background talking) has to range from establishing the setting (servants, schooling, theories of childhood) to the specific (control of Egypt from one century to the next, historical figures who become characters).

Makes me want to read: Laurie R. King has written about all the research that goes into her works - I'd love to read her version of this compendium. In the meantime, I'll work on the Peabody-Emerson books I haven't gotten to yet.

Makes me want to reread: Well, the Peabody-Emerson books I've already read. It's kind of like watching a movie after reading the IMDb trivia section - you get so much more out of it. (What? You mean I'm the only one who does that? You jest.)
Posted by Sarah Rettger at 7:50 PM 2 comments: