"A woman without a man cannot meet a man, any man, of any age, without thinking, even if it's for a half-second, 'Perhaps this is the man." 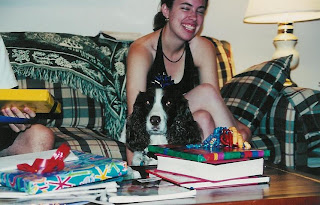 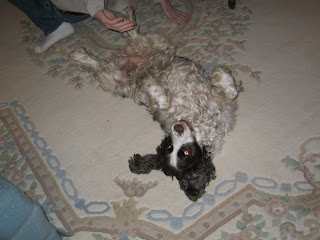 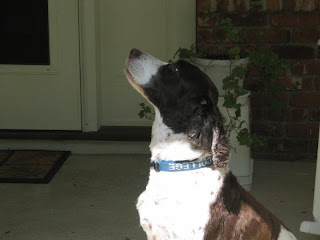 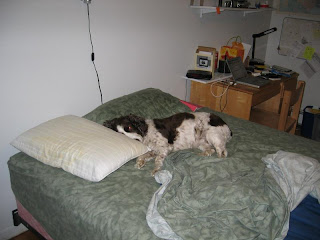 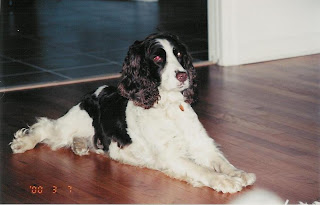 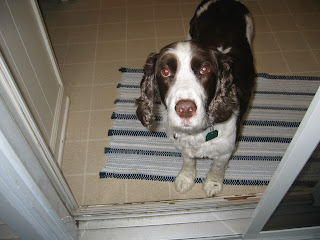 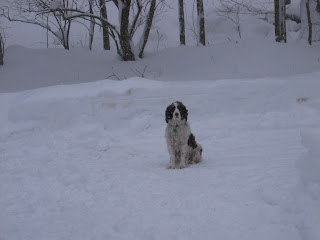 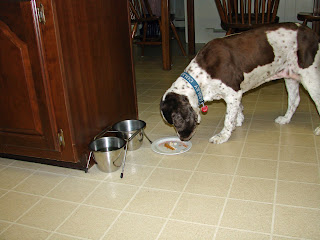 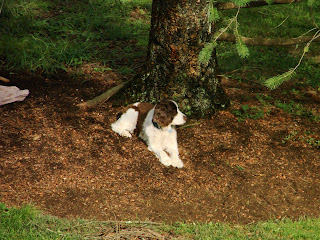 Email ThisBlogThis!Share to TwitterShare to FacebookShare to Pinterest
Labels: cassie, not book-related

Chapter 5: In which sympathy buttons are pushed 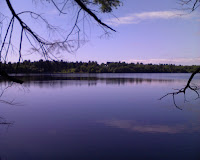 Anne Shirley is a Deserving Orphan.

"It's likely her parents were nice folks," says Marilla.

No bad inherited traits here, no drunkenness or illegitimacy. Because we wouldn't want to think it was okay to turn out well when there's such a blot on one's history.

Yes, Anne has to fight against circumstances, and the upbringing she lays out here isn't the kind that usually turns abandoned children into productive members of society -- Anne gets very little education, and by the time she's eight years old she's left in charge of younger kids -- but she's got a leg up, because the redeemed orphan genre wouldn't have it any other way.

"Well, my mother was a teacher in the High school, too, but when she married father she gave up teaching, of course. A husband was enough responsibility."

After her respectable parents die of a respectable cause, Anne gets taken in as an unpaid servant by neighbors. First there's Mrs. Thomas, burdened with a drunken husband, and Mrs. Hammond, who had "twins three times."

"Were those women—Mrs. Thomas and Mrs. Hammond—good to you?" asked Marilla, looking at Anne out of the corner of her eye.

"Oh, they MEANT to be—I know they meant to be just as good and kind as possible. And when people mean to be good to you, you don't mind very much when they're not quite—always."

The reader doesn't have to stretch her powers of inference too far to figure out what that means, and Montgomery points out that neither does Marilla:

Hmmm. One gets the sense that Marilla is finding her conscience harder to ignore.

However, Mrs. Spencer's house looms ahead of us at the close of the chapter.

(Post pic: Lake Waban, on the Wellesley campus. But Anne might imagine that it's the Lake of Shining Waters, no?)
Posted by Sarah Rettger at 12:49 PM No comments:

Chapter 4: In which Matthew takes (some) action

Okay, the title character's got plenty of screen time in this chapter, but let's be honest: this is Marilla and Matthew time.

It's the morning after Anne's arrival, and there's still no real intention of keeping her. Not on Marilla's part, at least, thought Matthew, without ever trying to actually assert authority in the household, is pushing for permanence.

In case you haven't picked up on it so far, Marilla. is. a. spinster:

"Marilla really did not know how to talk to the child, and her uncomfortable ignorance made her crisp and curt when she did not mean to be."

And she's used to having things done her way. So when Anne comes chattering down to breakfast, the famous "hold your tongue"1 makes an appearance.

"Thereupon Anne held her tongue so obediently and thoroughly that her continued silence made Marilla rather nervous, as if in the presence of something not exactly natural. Matthew also held his tongue,—but this was natural,—so that the meal was a very silent one."

In other words, silent meals are the normal course of things at Green Gables. Is this a house in need of a child or what?

Marilla's still very much in the "or what" camp.

"Yet Matthew wished to keep her, of all unaccountable things! Marilla felt that he wanted it just as much this morning as he had the night before, and that he would go on wanting it. That was Matthew's way—take a whim into his head and cling to it with the most amazing silent persistency—a persistency ten times more potent and effectual in its very silence than if he had talked it out."

And from a little further on in the chapter, Marilla's internal monologue:

"I wish he was like other men and would talk things out. A body could answer back then and argue him into reason. But what's to be done with a man who just LOOKS?"

Don't you wonder what they were like growing up together? Just how often did Matthew's silent treatment do the trick?

Anne's trying hard not to set down roots ("If I can't stay here there is no use in my loving Green Gables."), but it's difficult, especially when there's a farm to explore and flowers to be named.

Matthew hitches up the horse and buggy, at Marilla's request, so she can make the trip over to see Mrs. Spencer and sort everything out, but he doesn't let her go without making one last statement in his favor:

"Little Jerry Buote from the Creek was here this morning, and I told him I guessed I'd hire him for the summer."

The boy-who-turned-out-to-be-Anne was intended as a sort of unpaid laborer. So Matthew, we see, is not just shy, taciturn, and persistent. He also qualifies, from time to time, for the "man of action" label.

1 Although "hold your tongue" and its variants ("held her tongue," etc.) seem to be the signature phrase of Anne of Green Gables -- if nothing else, it's certainly Marilla's top pull quote -- they only appear eight times in the text. Yes, I counted.
Posted by Sarah Rettger at 7:12 PM No comments:

And, it turns out, preempted by almost a century.

Which is not to imply in any way that Georgia was in any way copied from her American predecessor. This is just one of those awesome things you can find poking around Project Gutenberg.

Bab: A Sub-Deb is one of the several zillion2 Mary Roberts Rinehart books available from PG, and by the time I was halfway through, I realized that Bab was so totally what Georgia would have been if she'd been a not-quite-flapper in 1917 New York.

And it features its own version of Dave the Laugh.

Go, download a copy, and tell me I'm not the only one who sees the parallels.

1In small doses. There is a limit to how much Georgia one can read before reaching for the nearest David McCullough.

2 By which I mean somewhere between 20 and 30. Did you think I was actually going to count them?
Posted by Sarah Rettger at 6:41 PM 5 comments:

Yesterday's featured title at Anita Silvey's Children's Book-a-Day Almanac? You guessed it.
Posted by Sarah Rettger at 10:32 AM No comments:

Email ThisBlogThis!Share to TwitterShare to FacebookShare to Pinterest
Labels: anne of green gables

Apologies for the Train earworm.

Anne has now arrived at Green Gables for the first time -- much to the surprise of Marilla, who was still under the impression that Matthew was bringing home a boy.

But that doesn't stop her from being amused -- slightly, involuntarily, unaccustomedly -- when Anne describes the situation as TRAGICAL:

"Something like a reluctant smile, rather rusty from long disuse, mellowed Marilla's grim expression."

It's resolved that, at least for the moment, Anne will stay. After all, Marilla's not heartless, and she knows she's at least temporarily responsible for a little girl, and she can't send her off like a tramp. Sleeping arrangements will be an issue, but we'll get to those shortly.

What 11-year-old hasn't tried changing his or her name, especially at a moment of epochal change? Like Anne, I went for the slightly exotic and romantic-sounding, but my requests to be addressed as Zarah or Kloe (long before the Kardashians arrived on the scene, I might add) met with about as much success as Anne's "Will you please call me Cordelia?"

Frustrated on that score, our girl takes a tack that this Sarah-with-an-H totally understands. She is Anne-with-an-E:

"Oh, it makes SUCH a difference. It LOOKS so much nicer. When you hear a name pronounced can't you always see it in your mind, just as if it was printed out?"

Once the introductions reach a satisfactory conclusion, it's time to find somewhere for Anne to spend the night. Girls require a bit more attention than the expected boy, but Marilla's only willing to go so far:

The Annotated Anne points out that the spare room was a pretty big deal, something we'll explore more fully in a future chapter. So instead, Anne ends up in the east gable cell room.

"The whitewashed walls were so painfully bare and staring that she thought they must ache over their own bareness. The floor was bare, too, except for a round braided mat in the middle such as Anne had never seen before. In one corner was the bed, a high, old-fashioned one, with four dark, low-turned posts. In the other corner was the aforesaid three-corner table adorned with a fat, red velvet pin-cushion hard enough to turn the point of the most adventurous pin."

Before the chapter ends, we're treated to one more glimpse into Marilla's mind, before she and Matthew start arguing (thought neither of them would think of it as such) about what to do with Anne:

"Matthew was smoking—a sure sign of perturbation of mind. He seldom smoked, for Marilla set her face against it as a filthy habit; but at certain times and seasons he felt driven to it and them Marilla winked at the practice, realizing that a mere man must have some vent for his emotions."

Matthew's upholding Avonlea's ideals of masculinity here, showing (presumably) strong emotions in a socially-approved way. Women, of course, are assumed to be more temperamental and demonstrative, but it's hard to imagine Chapter-Three-Marilla indulging in any of that.
Posted by Sarah Rettger at 10:33 AM No comments: 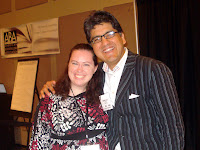 Track one: Because there's just about no cell signal on the ground floor of the Javits Center, I ended up using my phone to take notes on the 2009 Day of Education keynote at BEA. (Instead of tweeting it, I mean -- that had been my intention.) A couple weeks ago, I discovered that the notes are still on my phone.

(Post pic: That panel was better known for Sherman Alexie's highly quotable moments, particularly on the subject of e-readers. Not the best picture of me, but um, Sherman Alexie! In pinstripes!)
Posted by Sarah Rettger at 10:48 AM 2 comments: