Not the next book in the series

This is when we start skipping around in the Trixie Belden timeline. You may have noticed that the last book was #8, and now we're on Book 10. There's a very simple reason for it: I'm lazy. I've never acquired a copy of Trixie Belden and the Happy Valley Mystery (though I have read it, and can tell you that it involves Iowa, agriculture, basketball, and a boat ride) and don't expect to pick up a copy any time soon.

Anyway... instead we'll move on, to a world of child prodigies, herbal remedies, pirate legends, and unique names.

I'm serious about that last one. Ezarach Martin is a character in The Marshland Mystery (1962), part of said pirate legends. And according to Google, that's the only place that name turns up. The search yields matches from Trixie references, the e-mail addresses of several people with the last name Zarach, and pages in a language I don't read. It would seem that whoever wore the Kathryn Kenny hat this time around made it up.

The child prodigy is a diminutive violinist named Gaye Hunya, of some never-defined European background. (Also unanswered: If her guardian, Miss Crandall, is her father's sister, then where does Gaye's last name come from?)

Gaye's in town to perform as guest soloist with the local symphony, and she and Miss Crandall spend a few days at Manor House. From her first appearance, she's well on her way to diva status, as Brian explains:

"Our temperamental little friend is to appear as guest soloist with the symphony. And she gave a recital at Carnegie Hall when she was only five years old. Her father was a famous European violinist."

Naturally, she makes a complete nuisance of herself, just when Trixie has decided to go into plant collecting on behalf of her science teacher. Mart doesn't make it easy for her to figure out where to find specimens:

"There is one, but you probably didn't think of it as a swamp. It's called Martin's Marsh, but that would convey nothing to you, dear sister, because you, with your complete lack of familiarity with you native tongue, could hardly be expected to realize that marsh is simply a synonym for swamp."

Ah, Mart. Not so high-and-mighty after you dump blueberry pie all over your shirt, are you 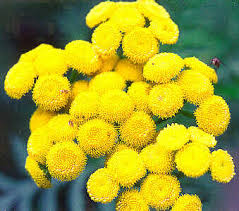 Thanks to Mart's clumsiness, I now know (at least in theory) how to get blueberry juice out of clothing. I also know that tansy is thought to be a freckle remover - oh, and white settlers pretty much figured out how to use native plants all by themselves. Seriously, I couldn't read this exchange without imagining Debbie Reese's reaction:

"Oh, yes. Miss Bennett says that when the pioneers were living in deep forests miles and miles from any doctors, they had to make up remedies for practically everything. I suppose they had to experiment a lot before they found the right ones. Of course, they learned a lot from the Indians."

Honey looked impressed. "I never thought of the Indians as people who needed medicine. The pictures always show them marvelously healthy, even if they must have nearly frozen lots of times, not wearing much clothing!"

Moving on, because I just don't know what I can say about that...

A couple other tidbits from the text:
Oh, and about that pirate thing: 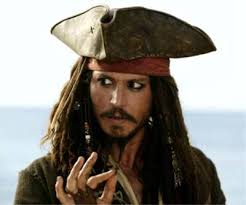 "The legend is that Captain Kidd, the notorious pirate, was a friend and business partner of old Ezarach Martin, who owned all the land for miles around the swamp. So it was natural to suspect that Kidd buried a lot of his treasure in the swamp."

Ezarach (and his name) may have been made up by the Kathryn-Kenny-of-the-moment, but the Captain-Kidd-on-the-Hudson story wasn't. Although we tend to equate the golden age of piracy with the Caribbean (even before Johnny Depp rocked the kohl), Kidd reportedly spent a fair bit of time up this way, and as a result there are, in fact, rumors of his treasure being buried somewhere along the Hudson.

I'm not much for digging up swamps, but if you ever come across a pile of doubloons in Westchester, let me know.
Posted by Sarah Rettger at 2:17 PM